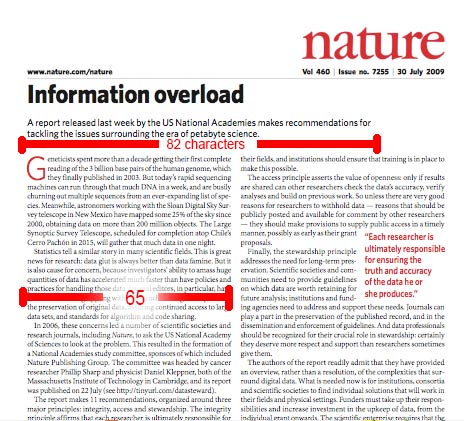 When you write content, normally you do not have to worry about the length of your sentences (unless you are on Twitter). Most web pages and applications you use will automatically wrap your sentences when you get to the end of the page. But as a designer, it IS your job to worry about this and every other detail that effects how the page is used, read, and understood. There are many factors that effect the readability of text on the web:

Each of these deserves its own post. But today I’m talking about line length. Having the right amount of characters on each line is key to theÂ readability of your text.Â How wide should a column of text be, to optimize readability?

Short answer:Â approximately 55-100 charactersÂ depending on your audienceÂ and the medium! This is the common rule of thumb and from my own experience and research I agree with it.

The optimal line length for your body text is considered to beÂ 50-60 charactersÂ per line, including spaces (â€œTypographieâ€, E. Ruder). OtherÂ sourcesÂ suggest that up to 75 characters is acceptable. So whatâ€™s the downsides of violating this range?

It turns out that the subconscious mind is energized when jumping to the next line (as long as it doesnâ€™t happen too frequently, see above bullet point). At the beginning of every new line the reader is focused, but this focus graduallyÂ wears off over the duration of the line (â€œTypographieâ€, E. Ruder).

Technical manuals and academic papers are more densely written (although I wonder if this is to convey the impression of knowledge and complexity that might be undermined by a big, easy to read letters on the page). Â Smart people like to read things that make them feel smart. The pages of academic pages and published studies are densely packed with small fonts, but most still honor the rules of readability.

Nature: The International weekly journal of science; Most columns are 65 characters in length.

If its a children’s book, and you are teaching people to read, you might only have a few words per line (i.e “See spot. See Spot Run. Run Spot Run!”). Young adult books also have large fonts and thus fewer words per line – Charlotte’s WebÂ is recommended for readers 9 to 11 years old and is on the low end of the scale at 55 characters per line. Â Young readers need larger fonts and more space to separate each word for clarity. 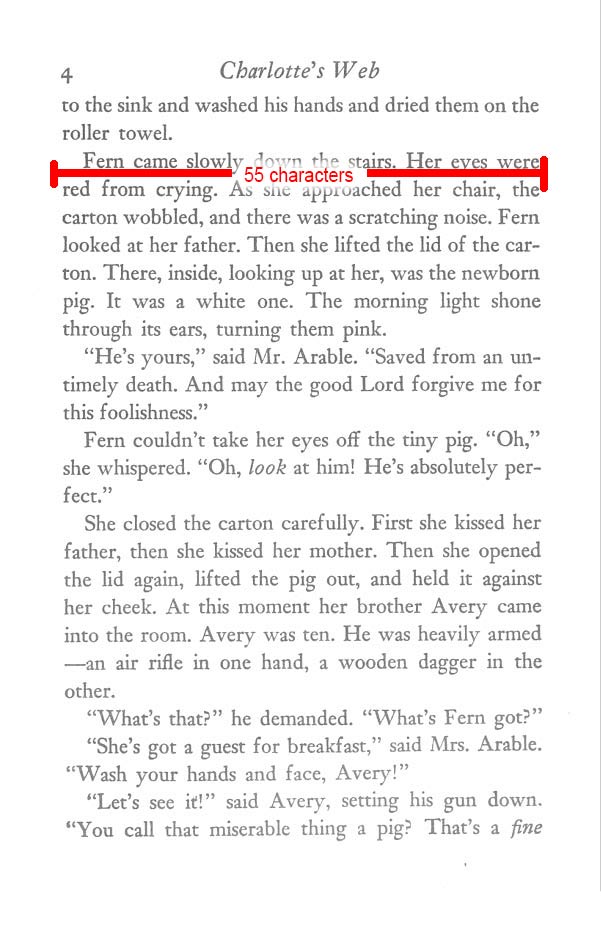 Children’s books like Charlotte’s Web use a larger font and only 55 characters per line.

Printed newspapers have the shortest columns widths of printed material withÂ 25-35 words in a column inch. 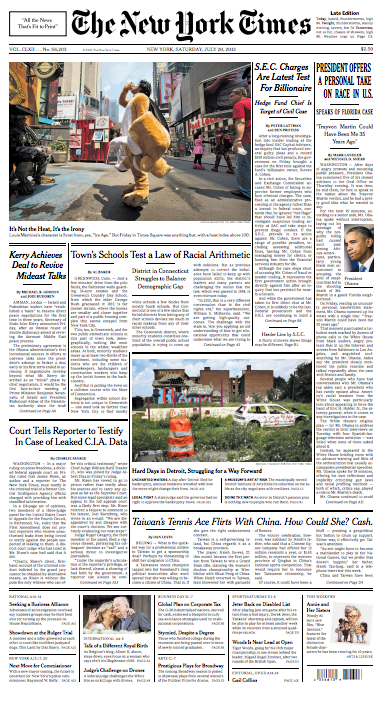 For centuries, page design has been influenced by the so called “golden ratio” 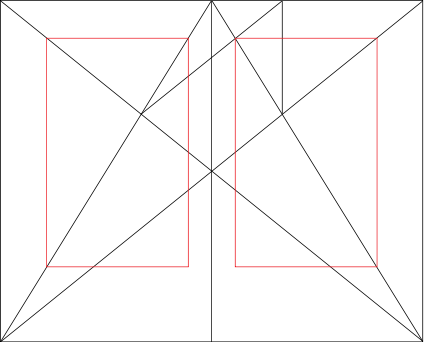 The golden ratio as applied to page margins and width is used in many books.

When the Renaissance genius Leonardo_da_VinciÂ put pen to paper he did so with a careful observation of the golden ratio. 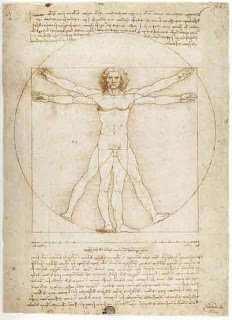 Da Vinci was obsessed with the golden ratio but not readability, all the text was written in a mirror image with 85 characters per line.

Early printed books used “justification” to get exactly the same amount of characters per line by breaking words with hyphens and varying the amount of spacing. This makes the page look better but its not always the best for readability. Automatic justification in programs like Microsoft Word is even worse for readability because it can create huge gaps in the sentence and the brain has to work harder to read them. 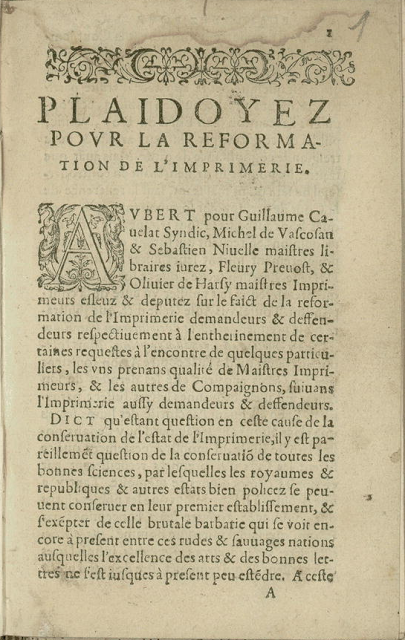 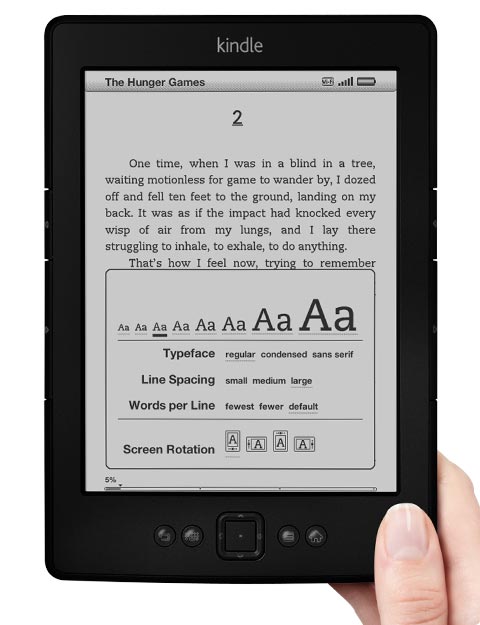 The kindle has 50 characters per line 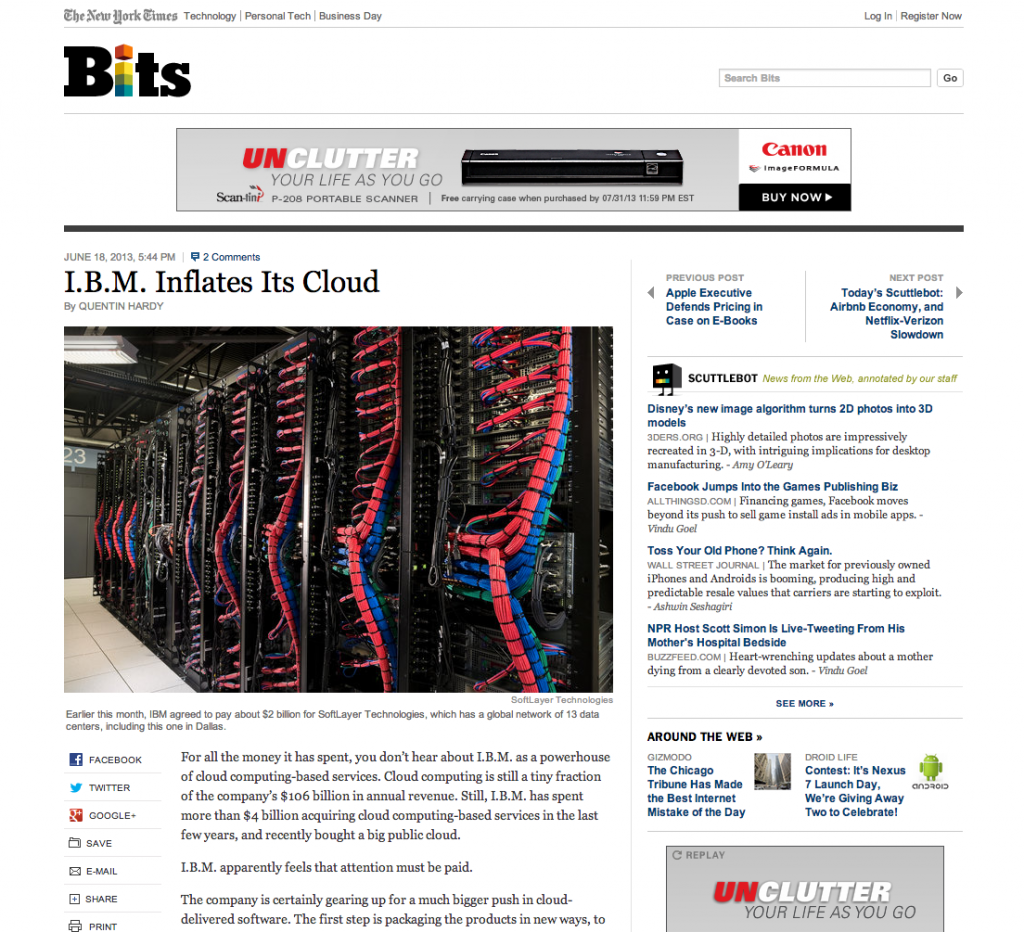 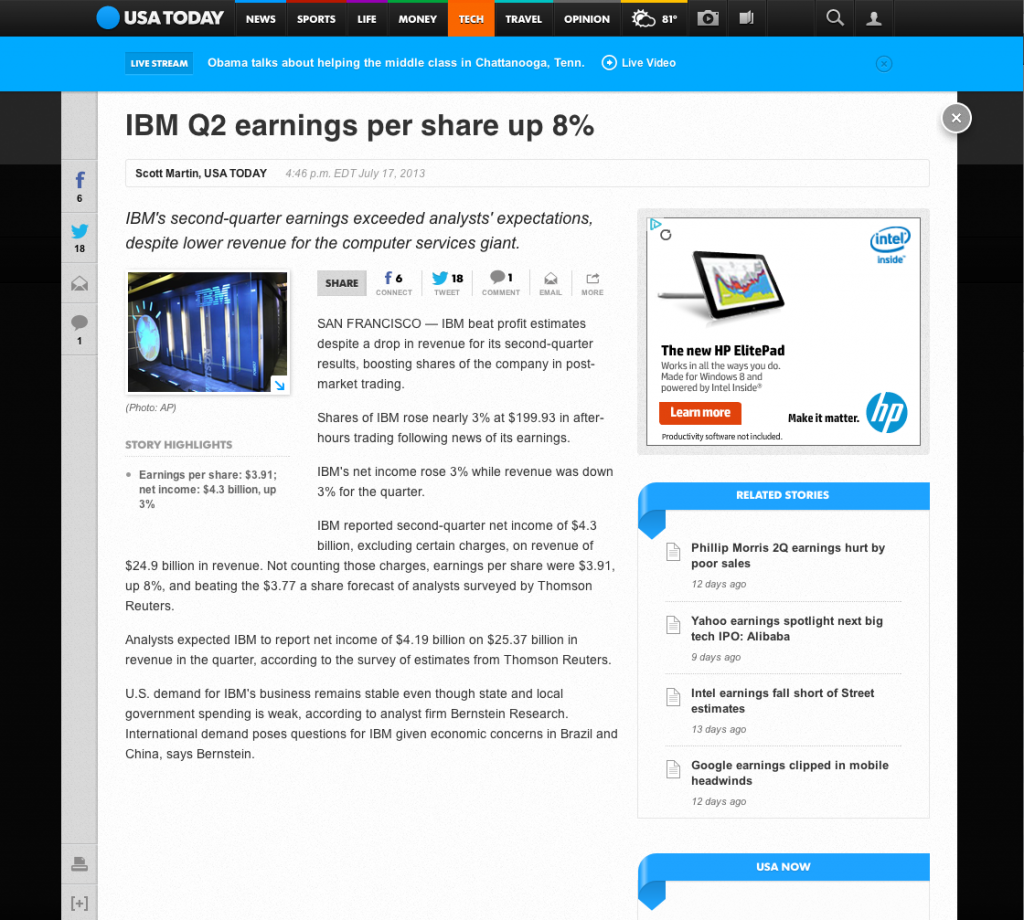 USA Today has 55 characters on lines next to images, and 85 on the long lines.

These are not absolutes, but when you look at the most readable sites and applications on the web, and by that I mean not the prettiest, or mostÂ aestheticallyÂ pleasing, because something can look great, and maybe have the impression of usability, but be difficult to use in reality. Sometimes I find myself looking at beautiful page, but not wanting to read the text. The following pages have great readability in my opinion. Keep in mind, if the content is interesting to you, you will find a way to read it no mater what the obstacles. But as designers, we should at least make sure we do not get in the way. 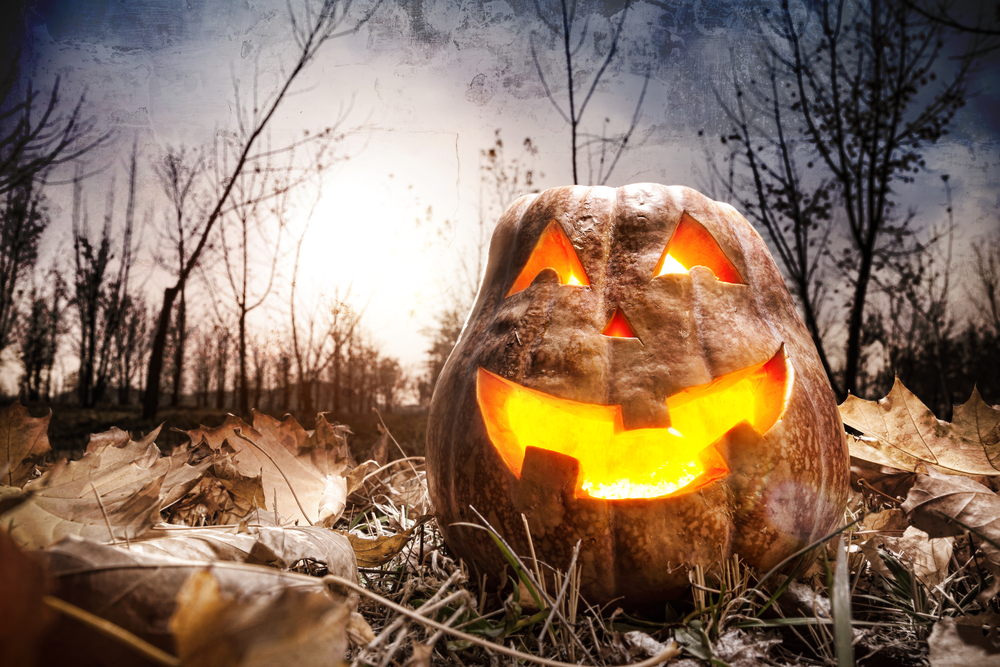