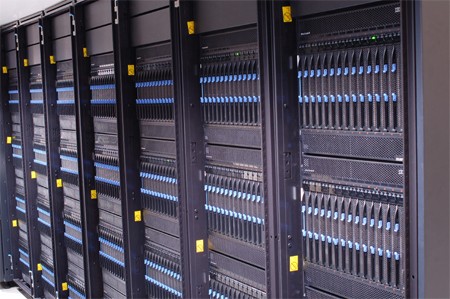 Evolutionary language scientists at the University of Reading are using a supercomputer to track words back in time. The oldest words we use today have been in existence for at least 10,000 years. So far they have discovered that the words ‘I’, ‘we’, ‘who’ and the numbers ‘1’, ‘2’ and ‘3’ are amongst the oldest words, not only in English, but across all Indo-European languages including Celtic, Roman, Greek, Germanic, Nordic (with the exception of Finnish), Slavic, Armenian, Iranian, Afghan, Gujarati, Hindi, Bengali, Napali and Kashmiri, and of course modern-day derivations such as English and Spanish.

Researchers call words that persist relatively untouched across the ages ‘cognates,’ which means that the words have a systematic sound correspondence that proves their common ancestry. For example, cognates meaning “water” exist in English (water), German (wasser), Swedish (vaten) and Gothic (wato) – read them again and you can discern the ‘aht’ sound common to all. The most resilient cognates, the numerals, have not changed significantly in their entire history.

What’s more words like ‘squeeze’, ‘guts’, ‘stick’, ‘throw’ and ‘dirty’ look like they are heading for history’s dustbin – along with a host of others. Until recently they believed they would not be able to track words back in time for more than 5,000 years, however their new IBM supercomputer has enabled them to go back almost 30,000 years, and finally provide the answers.

“50% of the words we use today would be unrecognizable to our ancestors living 2,500 years ago. If a time-traveler came to us, and told us he wanted to go back to that period, we could arm him with the appropriate phrase book, and hopefully keep him out of trouble” explained Mark Pagel, Professor of Evolutionary Biology at the University of Reading.

ThamesBlue is ACET’s IBM BladeCenter cluster and is one of the 100 fastest supercomputers in the world. It is made up of a majority of IBM JS21 and some JS20 Blade servers with 60TB of storage connected via a Myrinet 2G network. The cluster runs the SuSE Linux Enterprise Server operating system with IBM’s C and Fortran compilers and batch jobs are managed with Torque.

A primer to communication – 1953 film

A primer to communication – 1953 film