I was testing BlogJet today as a possible desktop blogging tool. Strangely, what caught my eye first was not the tool, but the quote, attributed to Albert Einstein, that they used in the sample post… I found it a little hard to believe that Einstein who died in 1955 would have a quote about computers…especially about computers being fast. Here is the quote:

I decided to see if I could find out starting, as expected, with a simple Google search. When you search the web using Google for confirmation, its easy to find:

We might stop there and say “21,000 web pages is enough evidence for me”, but WHEN did Einstein say it? WHERE? No one seems to know. A large number of these quotes seem respectable enough – many are on university web sites, computer science portals, and in textbooks. The quote was even used as the motto for Super-computing 2006 and used in the key note speech. It seems in fact to be everywhere except in any book, paper, speech, or a citable source by Albert Einstein. By this point I’m 99.9% sure he never said it – but lets keep looking.

Wikiquote (a wikipedia project) tries to track down the actual original source of all quotes lists the “powerful beyond imagination” quote as on of its unverified on the talk page. No verified quote mentions computers at all.

So in this case the web is no help, so let’s try books.

So I switched from Google web search to Google Book search. Book authors normally spend a little more time researching before they publish…most of the time. I was able to find the quote in over 190 books that Google has scanned. Unfortunately the full text is rarely available. Interestingly, most of the newer books – after 2004 readily attribute the quote to Einstein.

But no book actually about Einstein mentions the quote…or anything else about computers.

According to the book – “The New Quotable Einstein” by Freeman Dyson (take a look at the index), Einstein never mentioned computers at all. Why would he, he died in 1955, the best computer of the time looked like this:

The ENIAC (Electronic Numerical Integrator And Calculator), began construction in 1943 and was completed 1946. It occupied about 1,800 square feet, used about 18,000 vacuum tubes, and weighed almost 50 tons. When it was turned off in 1955, (the year Einstein died) its estimated to have done more arithmetic than the entire human race had done prior to 1945. That IS a lot of math, maybe its possible Einstein said it after all, but we still need evidence.

1955 in Computer history did seem to be a big year:

So if not Einstein, then who?

“Speaking of Science”, a book of science quotations by Jon Fripp includes the quote – but doesn’t attribute it to Einstein. The entry appears like this:

The Computer is incredibly fast, accurate and stupid. Man is unbelievably slow, inaccurate and brilliant. The marriage of the two is a challenge and an opportunity beyond imagination.
– Walesh, 1989 (Summarizing the reasons for using computer modeling for hydrologic and water quality analysis.)

Walesh huh…who’s that? While this is a book of quotes… and the while the back of his book does state that “each quote is carefully referenced”, I know I have seen it earlier than 1989

Lets see if we can find any thing before 1989

Going back to Google book search I see the quote in a fiction book – Fort Momma (Page 37 by Al Gowan – Fiction – 2003) this time attributed to Leo Cherne. Cherne’s version is slightly different:

“The computer is incredibly fast, accurate, and stupid. Man is unbelievably slow, inaccurate, and brilliant. The marriage of the two is a force beyond calculation.” – Leo Cherne
Searching for Leo Cherne finds lots of people quoting him and this time, wikipedia confirms it (but also needs a citation) – http://en.wikipedia.org/wiki/Leo_Cherne But when did Cherne say it? Where? I got a hint that Leo Cherne wrote this is 1977 from this Google search result:

Microcomputers and Children in the Primary School: Proceedings of … – Google Books Result

Let’s just find the oldest damn reference to it!

Here it is (that I can find) – 1969. In a journal called “Advances in Instrumentation” v.24 pt.4, 1969, page 691, published by Instrument Society of America. Google book search found it on a shelf at the University of Michigan and digitized it on Nov 28, 2007. Here is a bit of context I was able to tease out of Google by searching over and over…

“The net result of the overall program was a group of well trained men that had been training in the same way and, as a result, now operate the machine more uniformly. If you get nothing else out of computer installation other than a well trained crew, it alone makes it worth the effort. Even with a computer there is no substitute for a good operator. Computers are incredibly fast, accurate and stupid. On the other hand, a well trained operator as compared with a computer is incredibly slow, inaccurate and brilliant. We think of this feature as “intelligent override” in our control system. We feel you will always have to have this to make decisions about some phases of paper machine operation. Another fringe benefit is accurate production logs. Ours are set up on a 24-hour basis, but can be gotten on demand, to evaluate our progress on a given run. We also integrate stock, chemical, and steam consumption figures to give us a good reliable picture of grade manufacturing costs. In conclusion, we at Eastex feel that what we have done on our No. 4 Machine is merely the beginning. There is no question in our minds that in the future, DDC and the systems engineering method will become the industry standard for process design, installations and operation.”

But who is the author? – Alas, I do not know. Again, I can’t get to the article. If you have access to this book, please let me know. Something tells me there are earlier versions than this, and I doubt this is the reference that popularized it, but due to the copyright fear that grips the internet, I can not get to the top of the page…

Why does this bother me?

People use quotes as a way to strengthen their own position. If I can quote someone you respect, it adds credibility to whatever argument I’m making. Over time, the truth gets further and further away. The biggest names have always attracted people who are more than willing to put words into their mouths for their own gain – Confucious, Jesus, Aristotle, Shakespere, Einstein, and the biggest, most misquoted, of them all – God. All of them have probably been quoted more for the things they never said, than things they actually did say. I imagine this is the most disappointing part of time travel, waiting around to witness words never spoken and deeds never done. 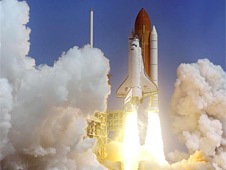